The jet stream is a narrow band of fast flowing air at high altitudes. Usually the jet stream marks the boundary between the cold polar air to the north and warmer air to south. The jet stream above the UK is called the Polar Jet Stream.

Its this Jet stream which is responsible for the UKs weather. During the summer the jet stream is usually to the North of the UK allowing high pressure from the atlantic to move in. However during the recent summers of 2007, 2008 and 2009 the jet stream was abnormally low in latitude and sat over the UK, which caused rather dull and wet summers compared to previous years.

The map below shows the current position of the Jet Stream over the UK, Europe and the Atlantic Ocean. 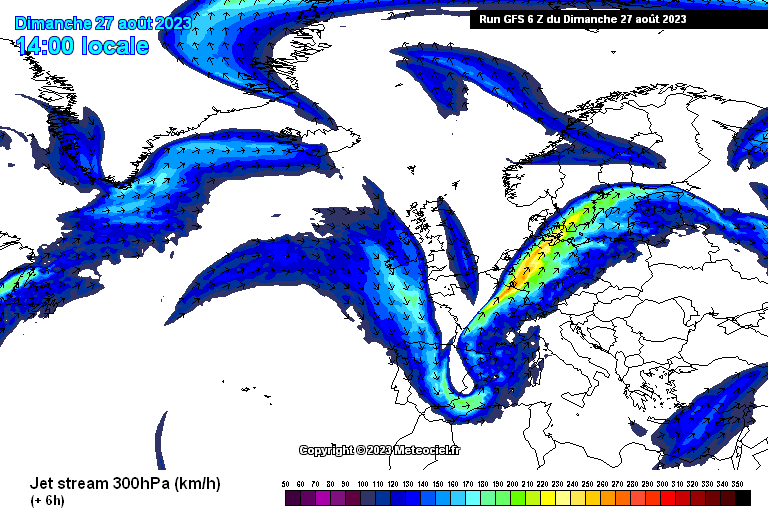 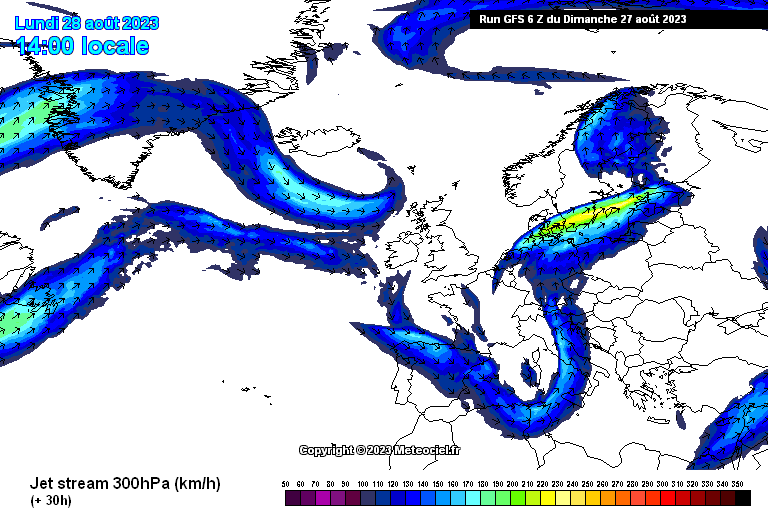 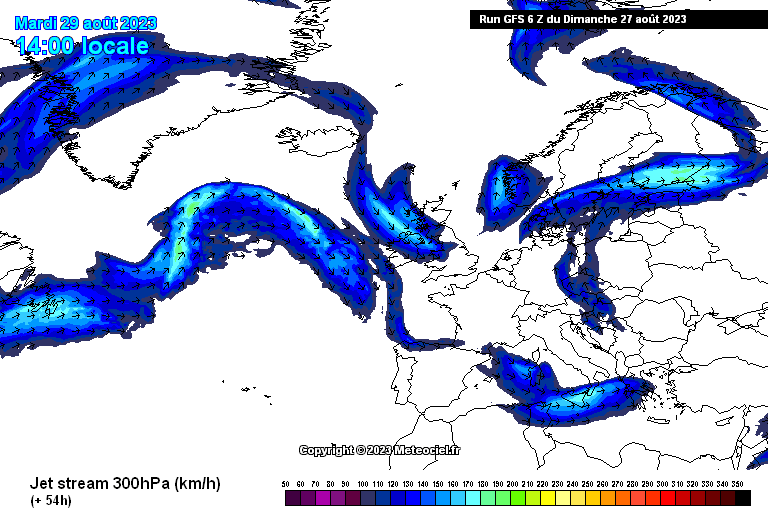 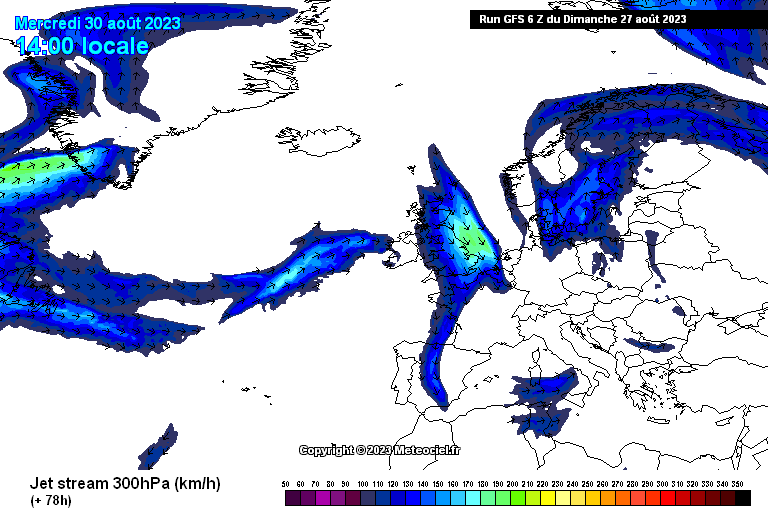 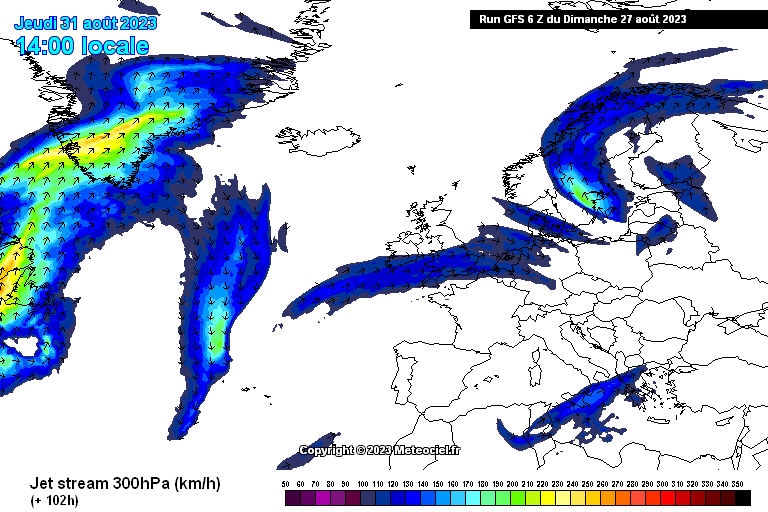