Below are Synoptic pressure charts for the UK and Europe. 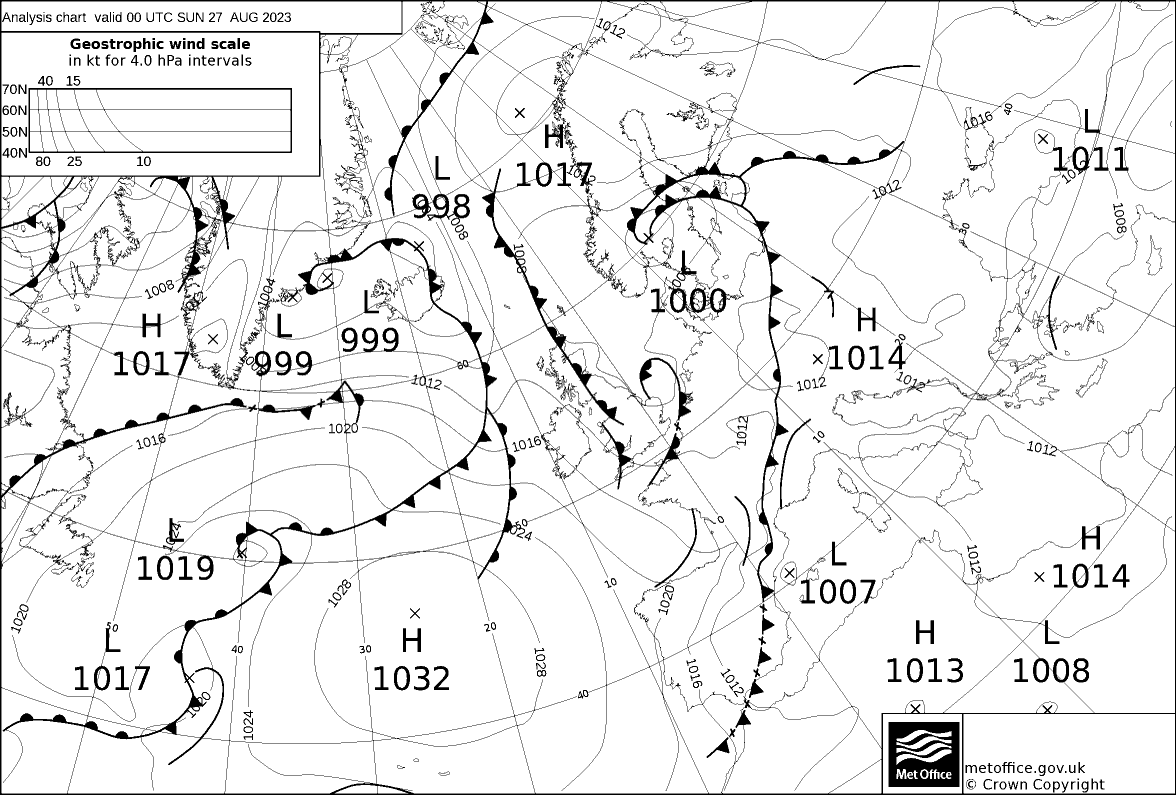